The Story of “Stuff”: The Beaded Trees 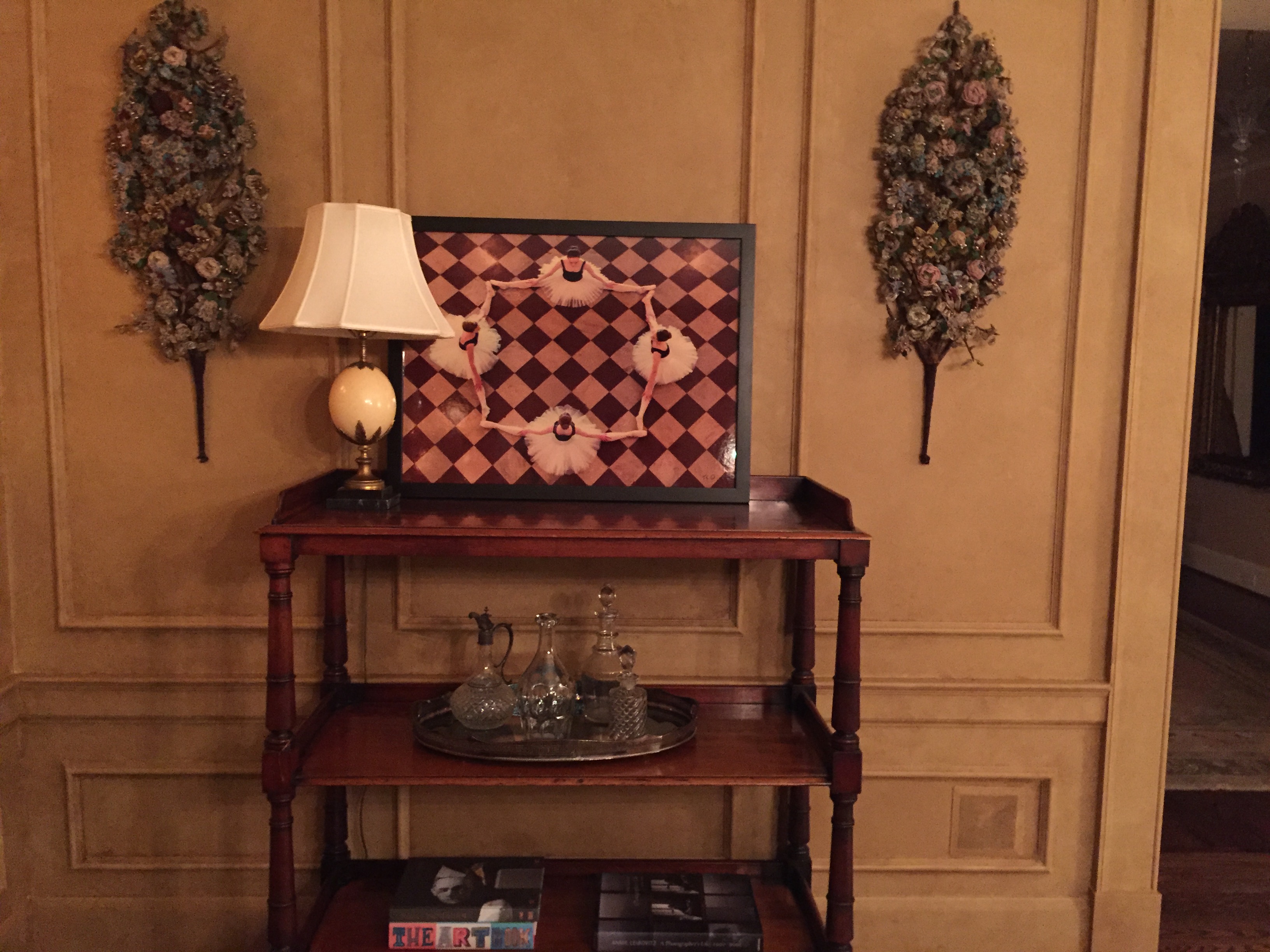 02 Oct The Story of “Stuff”: The Beaded Trees

Posted at 09:46h in Family, Lifestyle by Lauren 3 Comments
0 Likes 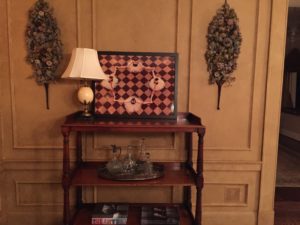 One of the great things about being Jewish is the high holidays. Specifically the Jewish New Year.

The way I see it, if your hopes, dreams and resolutions didn’t quite happen January 1st…we get another “stab” at it nine months later when the Jewish calendar dictates the date of Rosh Hashanah…the Jewish New Year. Actually quite brilliant.

It really is another chance to say thank you. It’s always a chance to see if tall boots or short boots are in style this year (the temple crowd is known to have great style). But mostly, it’s a chance to feel lucky that you made it back again, same pew, same view, year after year.

An Update on the Healthy Part

And speaking of feeling lucky, before I delve into my beaded trees story let me start with a medical update. Thank you for the good wishes.

Allow me to pick up where we left off a few weeks ago, I was the 53 year old woman who started bleeding (actually looked like I gave birth) on a Chicago city sidewalk. Fast forward: A biopsy and some blood work shows I will thankfully be around for a while. It also shows I am 100% in menopause—explains a lot!

Bottom line—No ovarian cancer. My grandmother, Mama Horte (who is a key player in the beaded trees story), died in 1974, at 53, my age now, from Ovarian cancer. So, yes, I was scared. Thankfully, a simple cyst and an IUD caused an infection. Yes— I still have an IUD. Old Spice and I weren’t planning on having more children.

The Story of the Beaded Trees

As family folklore has it, my grandmother, Mama Horte, schlepped those beaded trees literally across the world. This is not a sentimental story about how she was escaping Nazi Germany. It’s a story about Mama Horte in the 1960’s on a trip to Asia. She fell in love with these beaded trees and schlepped them on her lap on an airplane in 1964. This is a woman who liked “stuff.”  Why else would anyone buy beaded trees?

After Mama Horte’s death, the beaded trees lived in every one of my mom’s homes as long as I can remember…even when they looked silly in a one bedroom apartment. Those trees followed her.

Then when my mom died four years ago, I became the proud owner of the trees. They were actually so ugly that I thought them to be kind of cool. (Not that I would have schlepped them on a 20 hour airplane flight!)

I felt compelled to carry on the tradition and hung the legendary trees in my home in Cincinnati. But we had to bid farewell when I moved to an apartment. After all, 1200 square feet is exactly that. It only fits a finite amount of stuff. The beaded flowering trees did not make the cut.

My dearest friend, the one who fixed me up with Old Spice, insisted the trees would be safe and sound in her basement. Quite honestly, I never missed them…until this week, when our Massachusetts marriage license arrived in the mail. Weird as it sounds, on that very day I started thinking about Mama Horte’s beaded trees.

It was in the middle of one of my sleepless menopausal nights. I realized with a crazy urgency that I needed those trees back.  Of course, the trees had been well nurtured in Ellen’s basement for the past year.  Not even a basement flood damaged those things. And I had to laugh when I went to get them back. I had stored them in a giant Home Goods shopping bag. If only Mama Horte knew there would ever be a Home Goods…that would have been her version of heaven!

The trees now officially hang on the wall in Old Spice’s Cincinnati home. If I already told you I loved Old Spice, now I love him even more. Only a kind genuine soul would let me hang these beaded monstrosities in the dining room.  A lesser man would make certain they were hanging in the guest bedroom. (Just sayin’!)

Back to the Sweet New Year 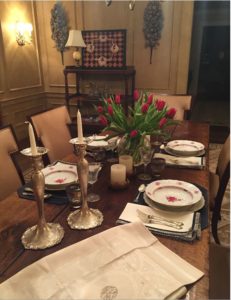 Another sleepless night and I just set the dining room table for Rosh Hashanah. It’s a beautiful table set for only four this year. My dad, Old Spice, my mom’s dearest friend and me makes four.  Elegant and quaint—but there are a lot of empty chairs.

But there is also the silver on the table that belonged to Old Spice’s mom and the candlesticks that were my grandmother’s. And, of course, the beaded trees. Perhaps I am being overly dramatic (who me?), but mostly feeling nostalgic, when I say there are a lot of metaphors that come to mind with the word “trees.”  You know…deeply rooted, grounded, firmly planted, alive (even with beads).

With our wedding only 22 days away, I feel the giddiness of a 25-year-old first-time bride combined with the body of a 60-year-old and the mind of a wise happy woman of any age.

Perhaps where Mama Horte’s life ended at 53, mine is just beginning a new chapter, more life adventures to come. Perhaps I needed those beaded trees as a symbol for my renewed good health and to honor her.

I am forever grateful that I hung onto those trees. In fact, I just noticed we share some similarities: older, thicker in the middle and sort of missing some beads. Guess what though—we are both hanging in there.