Cyber Monday, Tuesday Giving and Beyond

Did you click “place order” this week? Were you part of the Cyber Monday craze? Your boxes will likely arrive today.

Did you know that Americans (me and you) spent more than $3 billion dollars on Cyber Monday?

How could you not? My inbox was inundated with deals…deals…deals.  After all my great advice about packing, purging and downsizing, and in a classic example of “do as I say, not as I do,” the Cyber Monday Frenzy consumed me. I happily hit “submit” and bought hotel rooms at 50% off for my kids to visit at Christmas. I also spent an absurd amount of time on website after website trying to knock off my Christmas/Hanukkah list.

But I must tell you that more shopping means more shipping and more shit. I came home last night and I could barely get through my lobby. The doorman was buried in boxes. They were seriously stacked six feet tall and took up every wall. It was 8:30 pm and the UPS man was still delivering more shit. (I hope he gets paid overtime!)

I actually offered to help sort because the boxes were everywhere and I like to organize, and…more boxes were still coming! Whoever lives in apartment #1206 is a serious shopper. They alone had 13 boxes of …”Stuff.”

Trust me. I am a  recovering shopper. I get it. ”Stuff” makes us happy. And euphoria sets in when it’s a bargain. Who could escape Cyber Monday?

But the overwhelming number of boxes did me in. How much is enough? 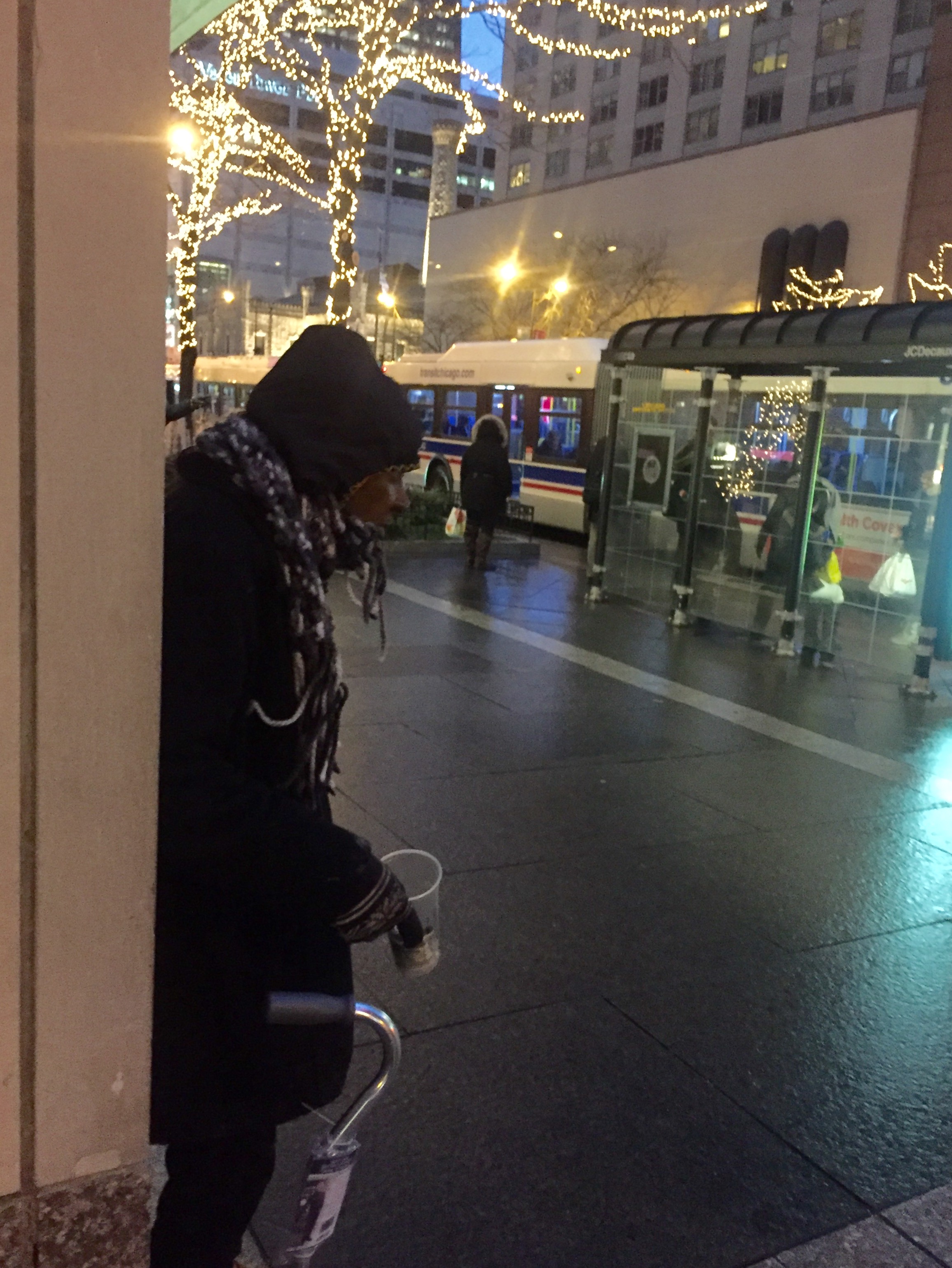 Let’s face it, the holidays suck for so many people. As I walked down Michigan Avenue last night, seduced by Christmas music and Christmas windows, I was equally drawn in by how many people will have nothing this holiday.

Perhaps because I walk everywhere now and live in a big city, I was struck with so much despair. For so many, it’s just another year of unfulfilled hopes and dreams. There is no “Joy to the Word,” or UPS boxes lining the lobby. Or no lobby, for that matter.

As our holiday madness begins with the rush and the thrill of collecting more “stuff,” I hope we all take a genuine pause to be truly grateful for the boxes that will arrive at our door. And an even deeper pause to stop and help a stranger.

Yes, it is a magical time of the year. It is also the cruelest time of the year. And even with amazing, kind, giving–$116.7M was donated by 698,961 donors on “Giving Tuesday,”  There is still so much more need.

When you open your Cyber Monday “stuff” today, I urge you to make a pile of “stuff” for someone else.