Old Spice and My Adventures of Online Dating 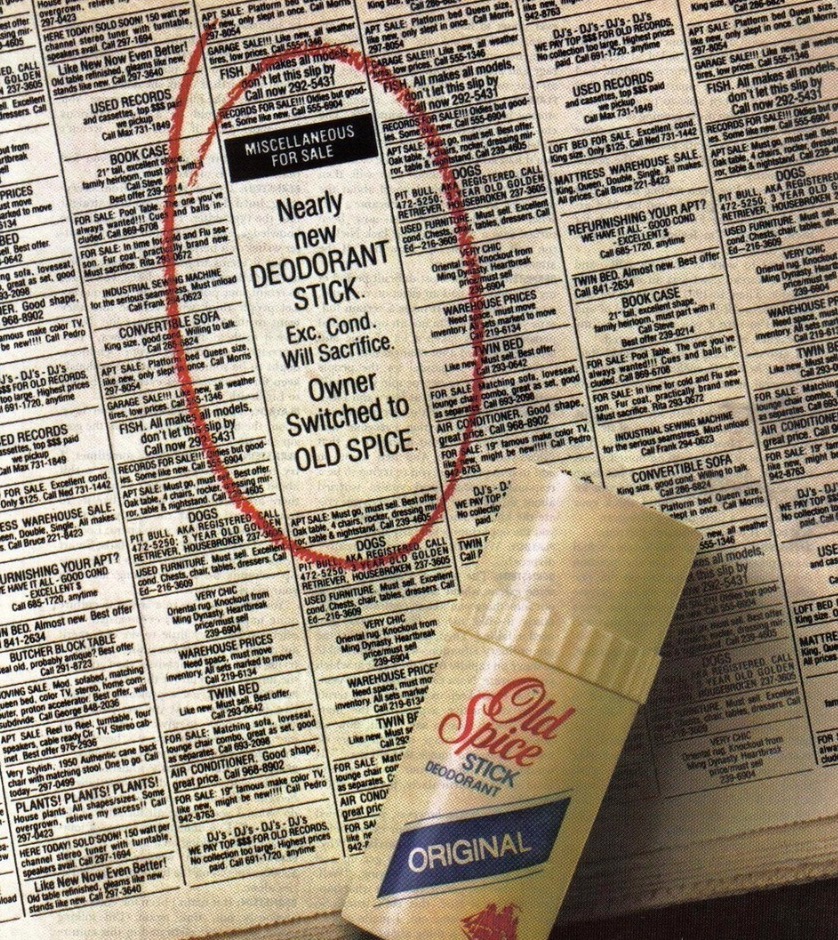 31 Mar Old Spice and My Adventures of Online Dating

Now that I have lived in Chicago (my big new city) for seven months it is safe to tell you the “stuff” I know for sure…at least in the scope of being a 53-year-old-single-empty-nesting-mother-of-four who has ventured into dating absolute strangers I’ve met online.

But, as I previously stated, I used to like the chase. I like men. I like putting on lipstick. I am not afraid to try something new—at least once—maybe twice.

So, I have swiped left (or is it right…maybe that’s the problem?).

Before the lessons learned, here are some of my Online Dating highlights (aka disasters; aka fodder for humor; aka ???):

Date #1. Before we even met in person we realized through text exchange that we were neighbors. He wanted to know if I lived in the building across the street with the indoor pool—and could we take a midnight swim? What! Crazy—but I did meet the midnight swimmer at Shake Shack for a burger. I was home in an hour. Next…

Date #2. Interesting…George with the round face and glasses chose me in January, while, unbeknownst to him I was campaigning for Hillary Clinton. I explained I was in Iowa for a month. He asked, “Why in Iowa?” I replied, “Working for Hillary.” I never heard from him again. Good to know before I went to the trouble of putting on lipstick and drinking a latte. Goodbye round face George. Next…

Date #3. Too slick. Too much bad cologne. His hair was dyed a weird color. I like gray hair. He told me to order a half-portion of pasta explaining “eating a full portion would make me fat.” He was serious. I ordered the full portion! Next…

There have been more equally ridiculous dates…but you get the gist. The dating game is just that—a game. Bleep and I win a crazy person!

Old Spice and Everything Nice

What else do I win? Self-knowledge, which usually only comes from experience. So here is what I have learned from my reentry into the dating world, as an older, wiser, more confident woman than the 20-year-old-self who did this before:

First chore of the day…I must figure out how to delete that Swiping APP. The notification “bleep” is so annoying…It makes me jump.

And, for now, happiness is: YELP. UBER. OLD SPICE.