From Mackie to Megabus: Get up and Go! 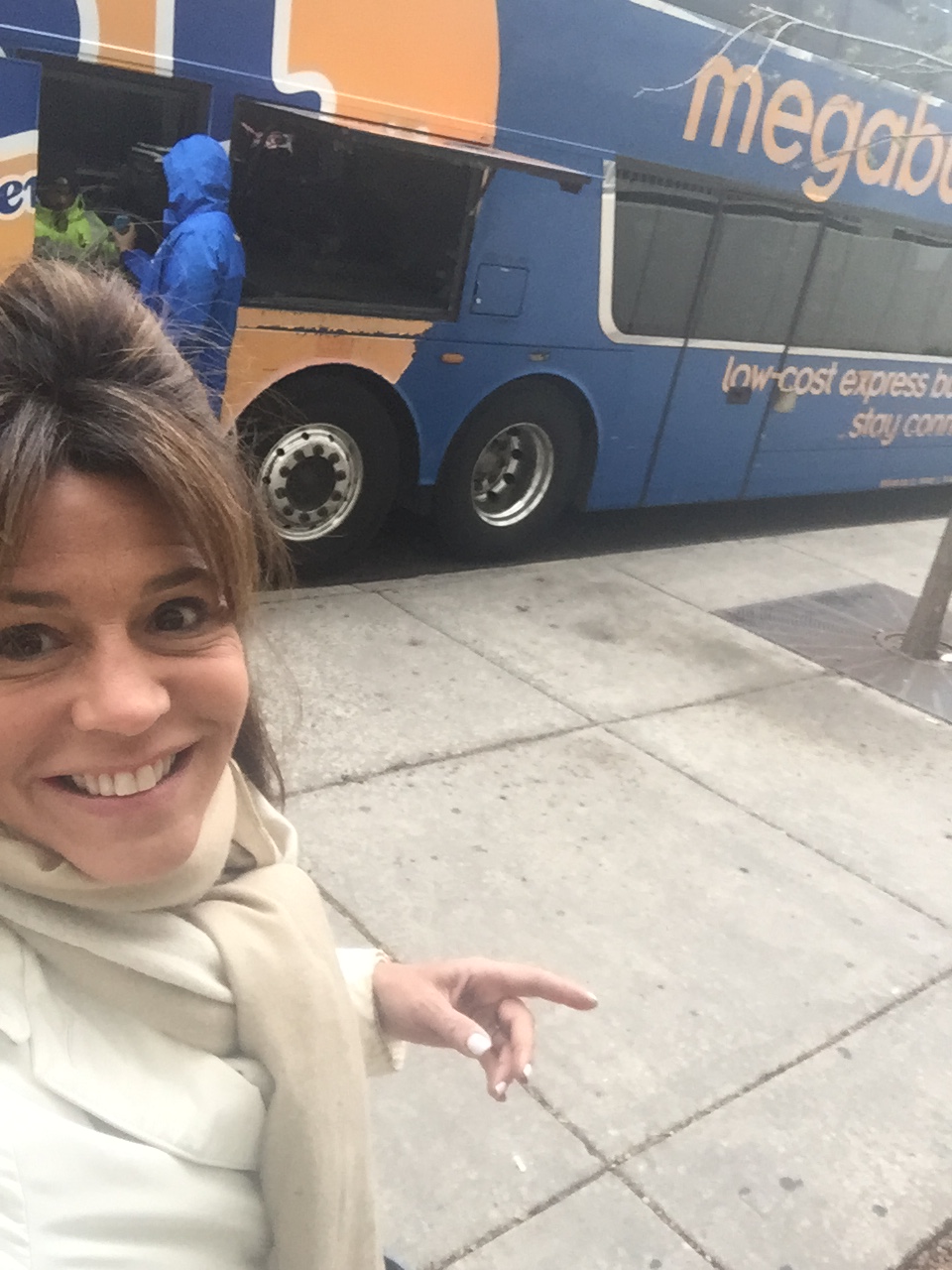 04 May From Mackie to Megabus: Get up and Go!

You just never know where the open road will take you. But sometimes you simply have to take the road less traveled…or the bus!

I mean this quite literally. Last week I was all “fancy” and chatting it up with my old friend (haha) designer Bob Mackie. This week, my road less traveled took me to my assigned seat on the Megabus.

First of all, you can reserve seats on the Megabus. However, I strongly suggest not choosing the upper deck. I was completely nauseous looking “down” onto the open road…for me it is eye level seating all the way.

Second of all, I realize I love the bus. Megabus is the Midwest version of the train. If I lived on the east coast—say New York—I would likely take a train to Boston. But for my “mother of the year foray” to Madison, Wisconsin, Megabus is my Amtrak Acela Express.

I will admit there is no dining car—unless you count the bus stop in Milwaukee. But even that was all good…there was a clean bathroom and the vending machine had Swedish Fish. Who needs more?

The point here is less about whether you took the bus or the train, but about taking to the open road in the first place.  It’s about just “doing.”

Stop over-thinking or second guessing. Better yet—stop coming up with all the reasons it can’t be done. Just get it done.

For me, it was a race against the clock— Mother’s Day is this weekend, so I spent last weekend clearly trying to win as best mom, and I had plenty of opportunity. 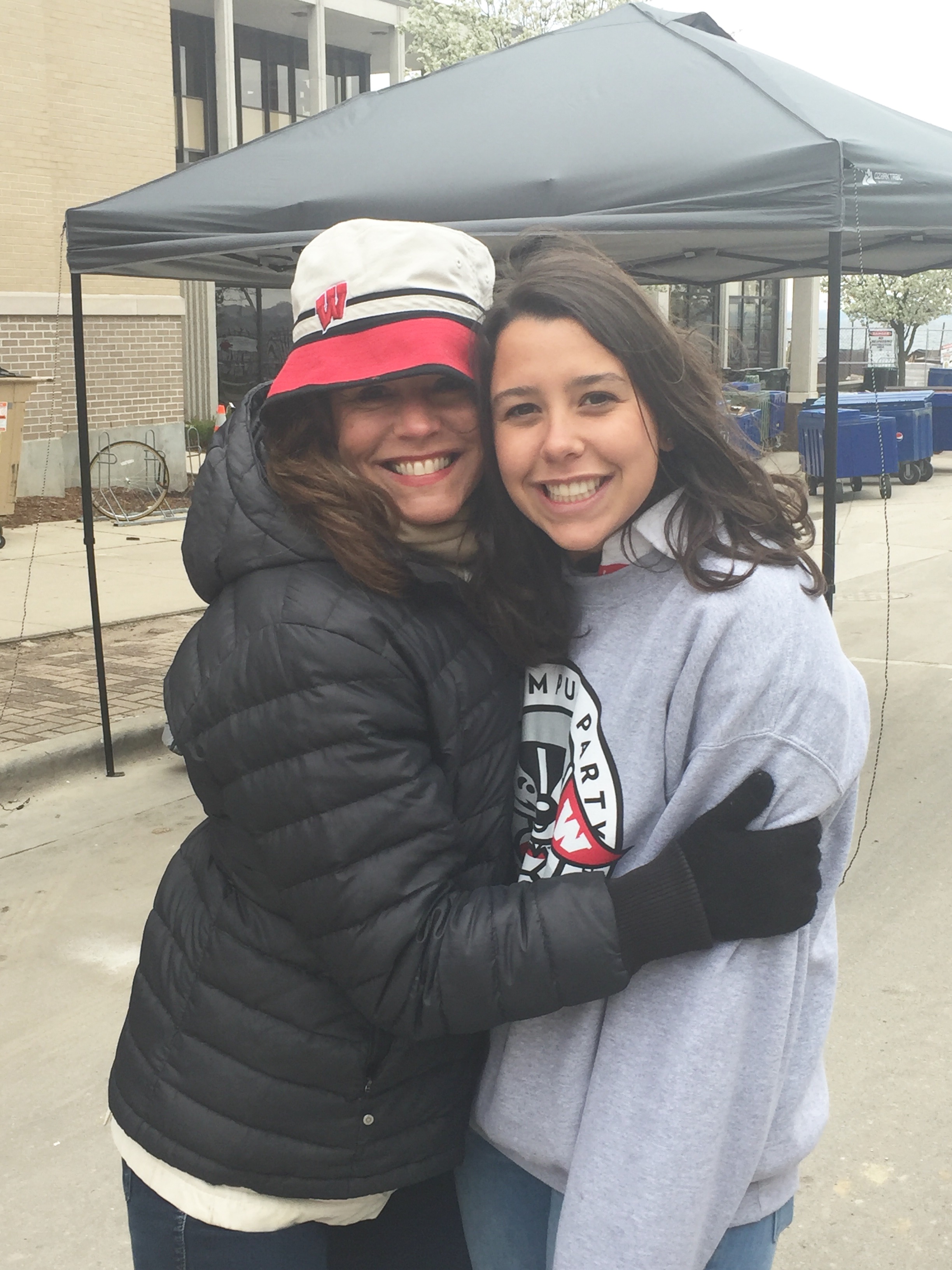 My beautiful almost college graduating daughter Lily had an enormous all-school event at University of Wisconsin in Madison. This weekend was the finale of a year-long project for Lily: the Wisconsin Alumni Student Board all-campus party. I was not going to miss it. 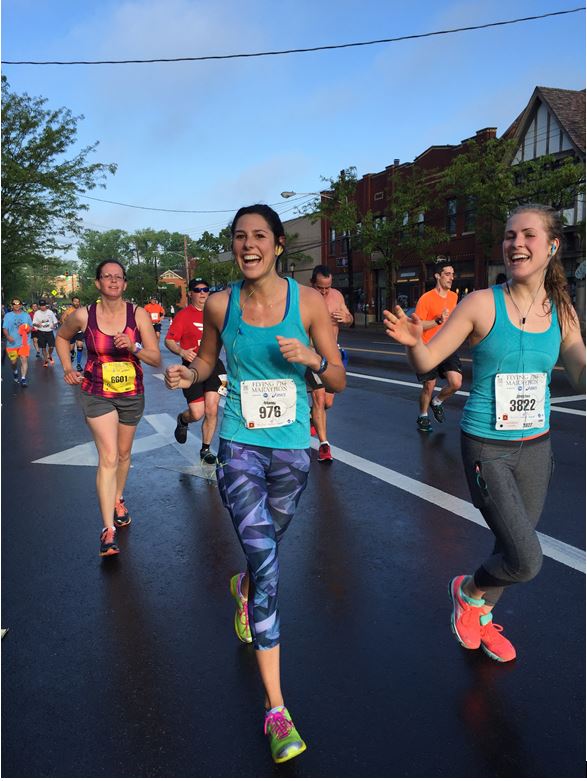 Turns out, same weekend, my oldest daughter, Amanda, challenged herself to run 26.2 miles in honor of her 26th birthday. (It takes guts to train for a marathon in the winter in CHICAGO!) She turned 26 last weekend and ran the Flying Pig Marathon in Cincinnati to honor every one of those beautiful healthy years. So proud of her! I was kind of out of breath just walking to the car after taking the picture at the 13 mile mark. (Not kidding).

All good “stuff”—amazing actually. In fact, some of the best “stuff” of having adult children is quite simply watching and celebrating what they can do. All I had to do was be there and cheer!

Pick a plan and ACT!

How did I do it? Still not sure…remember I have no car in my new city life. Renting one was almost as much as a plane ticket would have cost. Besides, I am a terrible driver. I somehow always end up in the EZ Pass lane and mistakenly fly through those tolls. You cannot back up—it is a costly mistake.

It doesn’t really matter how… just show up. Be there. Be held accountable. Don’t make excuses. Sometimes when we take too long to decide…we miss it. We don’t get this “stuff” back. Mostly we don’t get back these years.

The road less traveled is just that—less traveled. I challenge you to just get on it…buy a bus ticket. Trust your gut enough to know that decisions you make matter. 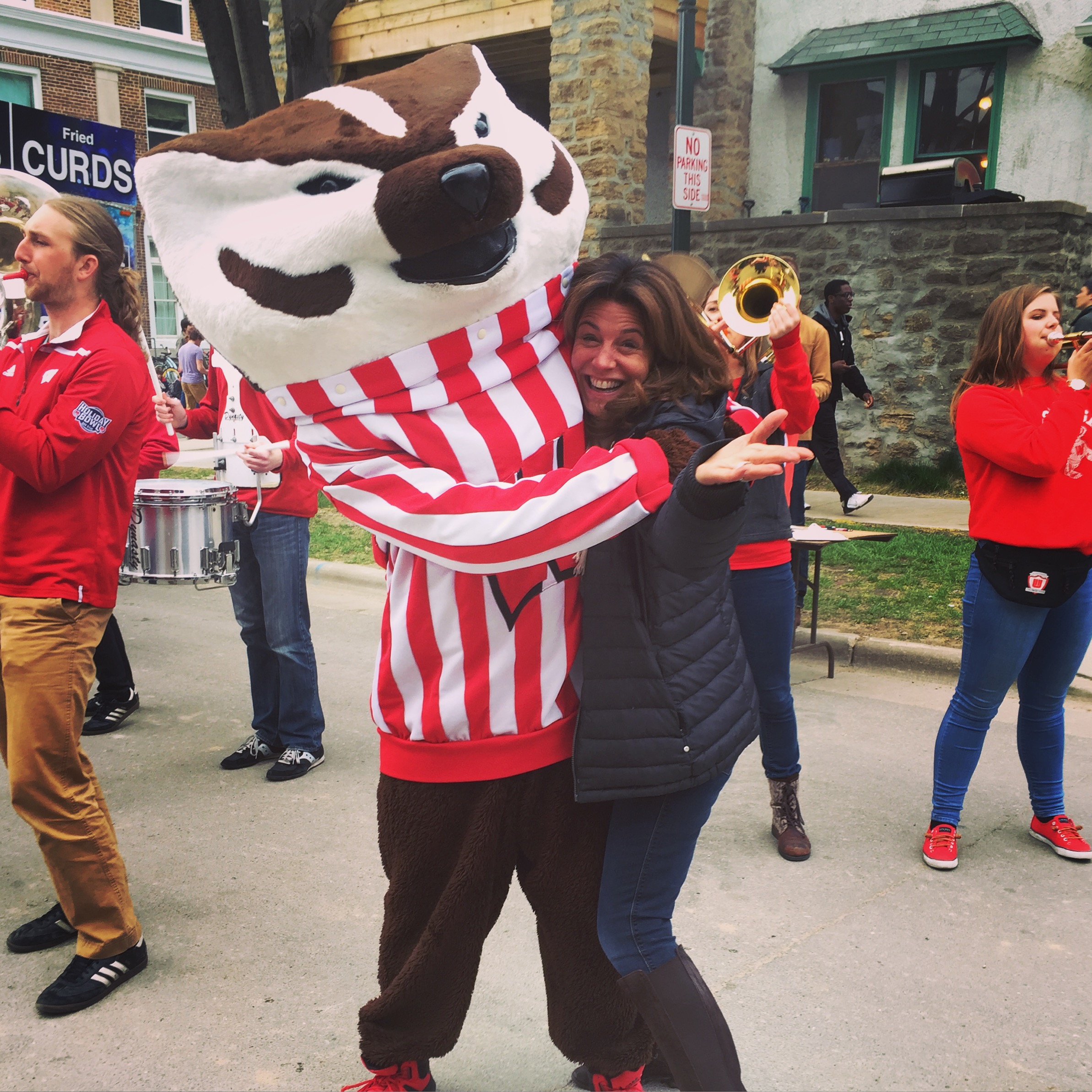 I hugged mascot Bucky Badger and thanked him for four great years at UW. Lily is a rock star there!

Then I flew (had to get there on the actual birthday before the race!) to Cincinnati in time to cheer (so loud that the people next to me moved away) with flailing arms for Amanda at the finish line. (Amanda— is this the beginning of a marathon career? You killed it!) 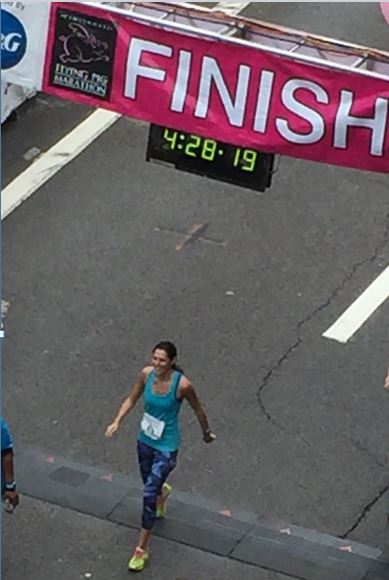 I am hardly Mother of the Year and quite far from Mother Theresa. But I just don’t want to miss stuff!

Especially when it is right in front of me…or only a bus ride away.