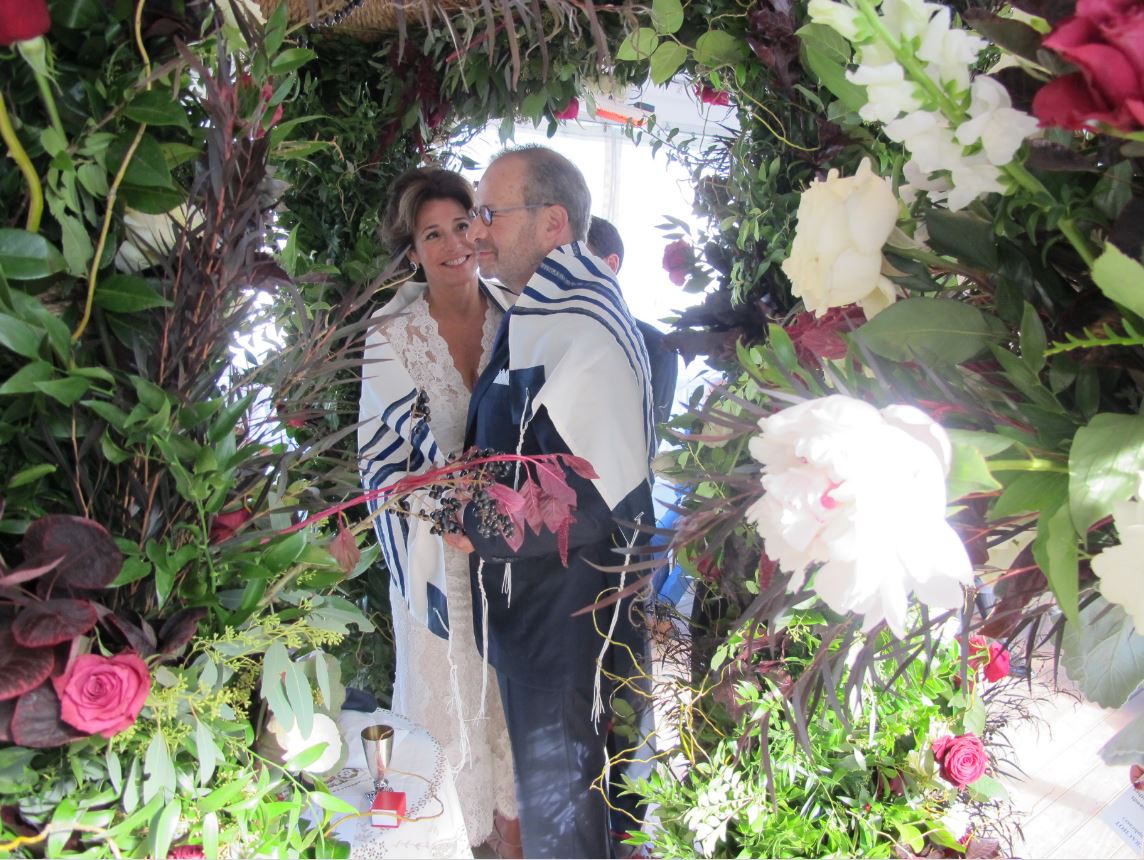 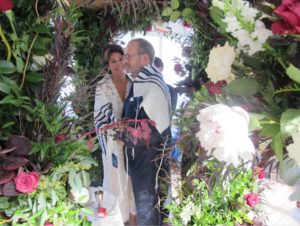 It is not that I have fallen off the map or gone into some sort of “marriage underground.” Old Spice and I absolutely happily read our own vows and got married nearly four weeks ago.

My absence is much more about being speechless. What I have discovered during my month long unintended “quiet time,” is that when I talk less, I listen more.

The entire quiet thing began the weekend of our wedding. The first night of an extraordinary weekend I was giddy like a 25 year old bride…thrilled to see everyone. I think at one point I actually heard myself make some sort of shriek. I sounded like a weird combination of my overly animated Jewish mother and some strange valley girl. Who was this person? I needed to get ahold of myself.

Anyway—you get the picture. I was hugging and shrieking and taking photos on my iPhone…even selfies. Ugh!  My annoying mom voice and a cellphone with a big POST NOW button—dangerous.

Then in an instant my oldest daughter, sometimes the wisest—and often the quietest–called my attention. Basically, when she talks it’s a good idea to listen. She doesn’t waste words.

Looking at the cellphone in my hand she said, “Mom. Put it down. Put it away. Enjoy every minute with both eyes open. Take the effort to actually remember the moments in your head. Forget the phone and the camera and never mind the ridiculous time it takes to crop and pick the perfect filter.” (Should it be chrome or noir?)  “Be present and be grateful.”

So, taking the advice from the oldest daughter I put down my cell phone and did my very best to take all the mental photos I could capture. Of course, you’re probably thinking, the obvious problem: my mind, my memory–mixed with some tequila–is not what it used to be.

The result is a fuzzy image, but even in that hazy memory I know for certain it was a magical, blissful, joyful and damn fun weekend! No drama. No conflict. No tears. Place cards could have been tossed in the air and it wouldn’t have mattered where they landed.

Everyone was happy next to anyone …It was a weekend of blended families and friends rooting for us to find a second chance at love and marriage. They wanted us to get it “right” and wanted to be part of something so #HOPEFUL.

Another Event from the Last Four Weeks

I have to borrow #HOPEFUL from old pal Oprah. I am pretty confident when she tweeted #HOPEFUL this week she was not referring to my recent marriage.

Finally, two weeks after the wedding when my own voice was finally reemerging, something else happened that made me stunned and quiet. While others could process events and turn to shouting and protesting within 24 hours, I found myself speechless, quieted once again by the enormity of this actual moment.

I am indeed proud of my other wise and thoughtful daughter…the one who lives in New York City. She took to the streets with thousands of others to protest—to scream and shout next to Michael Moore in front of Trump Tower in NYC. She has found and is using her voice. 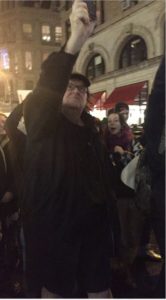 But I do wonder, for my own four children, and others across the country, where was everyone’s voice four weeks ago? For everyone who sat in disbelief at the results of the election, after-the-fact, had we overlooked a moment to shout, a missed opportunity to listen in the final weeks of campaigning?

You might recall I spent 27 days knocking on hundreds of doors in Iowa in the dead of subzero January weather during the Iowa Caucus. I was out again canvassing door-to-door in Ohio only days after my wedding, Old Spice and I sneaking in dinner in Dayton in lieu of a honeymoon. 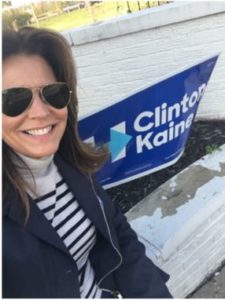 I was beyond thrilled to be part of something historic. My grandchildren would know that their “nana” worked on a team that elected the first woman President of the United States. We made history in Iowa. I assumed history would be re-defined again.  I knocked on doors and nearly froze to death because I was inspired by the voters…the volunteers who worked for free…the team of voices of reason and fairness.

Maybe if I was talking less and listening more I would have predicted the hatred that stares at us today.

Perhaps that is why I am still speechless. Perhaps we didn’t work hard enough— or care enough— or listen enough. Something happened and I don’t have the words to explain the anxiety of the unknown.

So, in the spirit of my voicelessness but with the optimism of a new beginning and confidence in the wisdom and power of my children… I will borrow Oprah’s hashtag… #HOPEFUL.

Happy Thanksgiving to all.