On Second Marriages…I Am Getting Married 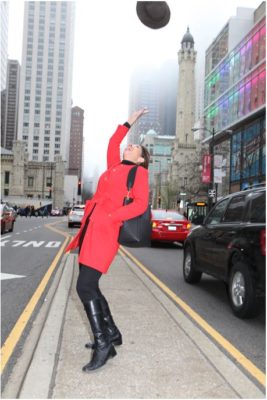 20 Jul On Second Marriages…I Am Getting Married

Posted at 19:40h in Adventure, Relationships by Lauren 8 Comments
0 Likes

I am getting married. A Second Marriage.

The words look awkwardly strange in print and I must admit they don’t readily roll off my tongue. Not because I have doubts—but more because I never imagined my 53 year old Mary Tyler Moore self (AKA-Mary Richards) getting married again.

But just sometimes what we are looking for has been there all along.

From here on out, we will call my future husband OLD SPICE (fiancé sounds so 20 something-ish).

Many people in my inner world have known about Old Spice for years.

In fact, Old Spice himself remembers me when I was 12 years old (not in a creepy way).

Apparently I was getting my haircut at Shillito’s Department Store on 7th street in downtown Cincinnati. He was sitting one chair over— a dapper young 26 year old businessman from Dayton, Ohio.

Suffice it to say, the Jewish Cincinnati world is only so big, and Old Spice and I have crossed paths from time to time for many years. But, sometimes it is all about timing (and being over 21!). Three plus years ago we ran into each other at a local restaurant. He looked better than I remembered. A graying beard and round horn-rimmed glasses gave him that Steven Spielberg look. He was cute.

Old Spice was with a non-descript (just sayin’) blonde date. I was with my son and family friends (including my best friend). As luck would have it (I didn’t know it then) — Old Spice called the best friend the next morning and asked for my number. Awkwardly, we set a date for an early Sunday night in mid-March.

However, the Steven Spielberg look alike had Larry David/Woody Allen tendencies. He tried to postpone the 6:30 dinner date because a “wintery mix” was forecasted. He feared the on-the-verge-of-catastrophe dramatic weather radar predictor. He even tracked the storm on the NOAA Weather website. (What?!)

But he persevered, braved the “non-storm.” I would say an uncertain love affair began. It definitely took more than one date…but I fell in love with the nerdy, kind, delicious man I had known all along. On our second date he went to my son’s soccer game…come on, only kind men do that!

Then, real life sometimes gets in our way. At the time, I still had a son at home that needed to be launched to college. I had visions of long awaited independence—post-first marriage, post-divorce, post-raising four amazing children and sending them into the world…and at post-50, I knew there were only so many empty nest years ahead.

Strong-willed and strong-minded I moved my life to Chicago. My children were, so to speak, on their own and so was I. Blissfully happy in Chicago I started the work of getting to know myself. (Often—the scariest part). One thing I learned right away is that on-line dating and meeting strange men in strange places just isn’t me… nor is slicked back hair and too much after-shave cologne. They should write that in their dating profile.

Sometimes you just get old enough to know yourself. Or perhaps age gives you the confidence to know that relationships and marriage are not about losing yourself and becoming the other, but about sharing life with someone who makes you a better you. Sometimes it takes allowing yourself the space and quiet to listen yourself. And here’s what I heard: I missed Old Spice. It turns out he missed me too…and so the story grows.

Marriage the Second Time Around

We both get a second chance. The last time I walked down the aisle was in 1988. My 25-year-old self cared way too much what her hair looked like. This time I am getting married in Nantucket (notorious bad hair climate), family only, on the eve of my 54th birthday. My mom will be missing…but she is dancing on stars. Turns out, I recently found out, she had wanted me to date Old Spice for years.

My three daughters are having a blast planning the wedding…good practice for them. But I am worried there might be a “wedding hashtag” in my future. Why, oh why hasn’t someone published a BRIDE 2.0 Magazine?

I am excited to share all of these adventures with you (none of which, I know for certain, will include a tulle gown!)

What I also know for certain is that Mary Tyler Moore (AKA- Mary Richards) would approve of her sequel.